How to use Jazz Patterns for Ear

Ever since the Jazz Master Summit, a lot more people are using Jazz Patterns for Ear. Because it is such a different book, people have been asking a lot of questions regarding how it works.

This book/method is the polar opposite of any pattern book you’ve seen. The patterns are NOT designed to be memorized and played in solos. Ever. 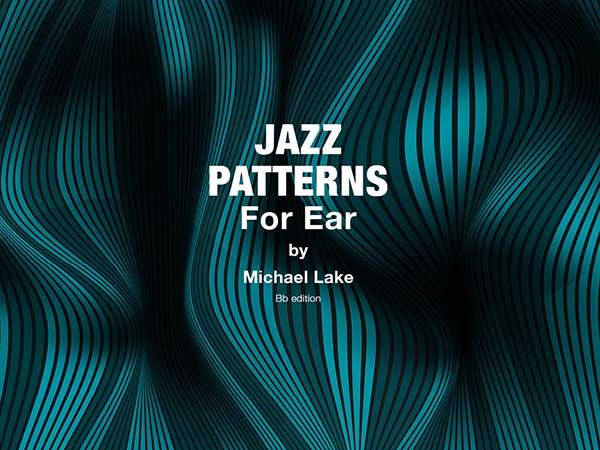 This book is as much a self-discovery method as it is an ear training method. Perhaps even more so.

The book provides you with a playground to observe your analytical mind while playing by ear. Most players don’t realize the friction caused by their analysis and calculations as they craft the next note and the one after that.

Patterns For Ear allows you to experience your calculating mind and then switch to relying on your musical instincts.

I just wrote this to a user who is diving into the book: You have to stop caring about being right. I know that sounds odd, but it is the need to find the correct notes that forces the left side to activate. We’ve been brainwashed to think in terms of right notes and wrong notes and grades. Don’t fail!

Now, of course, a point of the exercises is to play the specific notes of the patterns but think of that as NOT the primary objective. The primary objective is to allow your musical instincts to take over and to simply be a witness to that process. I think that our musical instincts are perfectly intact. It’s just that our controlling mind takes over and pushes those instincts to the side in favor of finding the right notes. Our identity is at stake, isn’t it?

The result of this thinking for the average improviser is a patchwork of calculated phrases. We play from the hymnal of memorized licks and the notes ingrained within our muscle memory rather than the free flow of our musical instincts and imagination. Think Trane, Miles, Herbie, Chick, Wayne, Bird, etc. etc…Using the book, when you start calculating the next note, stop. Simply be a witness to the result of letting the horn go where it will go. “Feel the force, Luke!”

Is there a pattern to the keys of the patterns?

No, the keys are purposefully arranged randomly. The beginning of many of the tracks progress in fourths or fifths or seconds but as the track goes on, the modulations become less intuitive.

Do the notes of each pattern have the same relationship with the chords throughout the entire pattern?

Read the first note of each pattern and the rhythmic notation if you need to in order to make it through the pattern. As soon as you can start picking up that first note from the synth by ear, stop looking at the book. The objective is to put the book away. Since each pattern starts by playing the entire phrase, you really don’t need the book.

What should I do if I start to memorize the order of the keys?

Put the playhead in the middle of the track so that you are not always starting at the beginning.

How do I know if I’m doing this the right way?

You are doing it correctly when, without calculating the notes and intervals of the patterns, you are simply finding the notes on your instrument as you would by singing.