Summer, for many, is a time to slow down and recharge the batteries. Everyone has a different means of recharging – travel and vacations chief among them – but regardless, I find that reading has the power to provide me with a fresh perspective and make me a little smarter about the world. 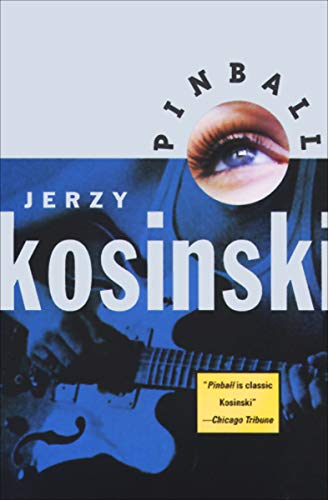 Each time I read Pinball, I feel like the story is being told by a musician. Kosinski was famous for his deep dive research on the topics about which he wrote, whether that was Polo, underground clubs, or in this case, music.

The story is about the world’s greatest rock star named Goddard. At least that’s the name everyone knows him by. But no one, including his parents, agent, or girl friends knows Goddard’s true identity. He saw how immense fame killed John Lennon, and chose from then on to keep his personal identity a secret.

But a beautiful woman is determined to uncover the real Goddard and hires a washed-up classical musician to help her find him. It’s just the kind of adventure this composer needs to escape his drab bankrupt life so he gladly accepts the challenge even though in the end, he gets much more than he bargained for.

In typical Kosinski style, he creates larger than life characters, transports the reader into strange worlds, and in the case, uses music as a rich backdrop and environment for the story.

I quoted a bit of Brandbury’s classic novel in a previous post on simple and easy learning of jazz, after all, the world of which he wrote was one that eliminated effort and innovative thought and action. I’ll let you read the post to see the connection.

You might have read this book decades ago, perhaps as an obligatory school reading assignment, so you can be forgiven for not remembering or caring much about this book. But it is great in both its writing and dystopian message.

451 degrees Fahrenheit is the temperature at which paper burns. Since books can be a vehicle for independent thought, they must be destroyed in a society that values conformity above all else. The book’s hero suffers a crisis of confidence in the righteousness of his profession as a book burner, and the story takes us through his efforts to right his past wrongs.

Many novels have been written with a similar dystopian theme such as Aldous Huxley’s Brave New World, Kurt Vonnegut’s Player Piano, and more recently, Lois Lowry’s The Giver. But given Bradbury’s science fiction mind, the world and gadgets he created way back in 1953 within Fahrenheit 451 seem eerily familiar.

3. Return from the Stars by Stanislaw Lem 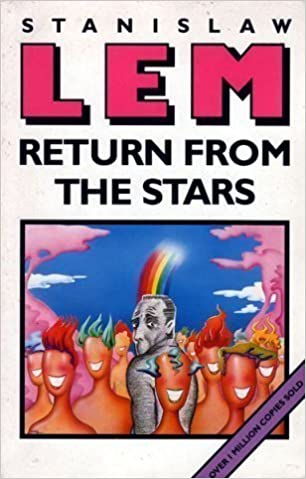 Another great science fiction writer, this one from Poland, is Stanislaw Lem. Similar to Fahrenheit 451, Lem tells the story of an astronaut who returns to earth after a ten year mission to explore the cosmos. After safely landing, however, he has a slight problem. Because of how close to the speed of light he traveled, those ten years he’s been gone have turned into 127 years on earth (see Einstein’s Special Theory of Relativity).

The earth to which he returns is nothing like the earth from which he blasted off 10 years earlier. Similar to Fehrenheit 451, Brave New Word, et al, society has all but eliminated risk. One example is a special technology that has been placed in automobiles to prevent death or even injury from impact.

It makes perfect sense why the profession of astronauts has been phased out as too risky, and this returning explorer finds himself an outcast in a world that no longer values his bravery, skills, or even muscles.

Lem creates some fascinating scenes like the one in which the astronaut stumbles into an abandoned junk yard for robots. In the pitch dark, he hears the confused chatter, screams, and questioning conversation among the piles of discarded androids.

Lem asks and answers the question of how an astronaut, who represents the pinnacle of his previous culture’s emphasis on pioneering and knowledge-gathering at all costs, can re-join a civilization that shuns the slightest hint of risk.

On risk and life

Told from different perspectives, the themes running through each of these three great books is the consequence of attempting to eliminate life’s risk. Goddard avoids the risk of being recognized for his enormous fame, but in the end discovers that this efforts have attracted the worst outcome he could have imagined.

The ‘fireman’ Guy Montag in Fehrenheit 451 discovers that destroying the source of independent thought actually destroys the source of what makes us human.

Similarly, Hal Bregg, the astronaut in Return from the Stars, sees clearer than ever that what makes us human is the risks we take in order to advance life to make it worth living on planet Earth.

I didn’t initially deliberately choose these three books for their common theme. They are all very special to me for a variety of reasons.

But I can’t help think that in this day of cancel culture, disinformation boards, looming congressional oversight of social media, and the imprisonment of people for simply stating their personal views of “gender identity”, we’d be well advised to consider the consequences of implementing “risk-free” living as possible or even beneficial.

In my free improvisation course, Pocket Jazz, I dedicate a lesson to finding ways to mix it up in your practicing. Find new and cool

Getting over your guilt of not practicing enough

No, this is not a post assuring you that you don’t really need to practice in order to become a better player. To get better

Elevate your improvisation skills with Pocket Jazz for FREE

Level up your jazz skills with Pocket Jazz

Sign up now for your free lifetime membership. Always and forever FREE.