A conversation about jazz with an Artificial Intelligence

As artificial intelligence is creeping into so many applications these days, I thought I’d share what it “thinks” about jazz and improvisation. To do that, I had a conversation with a site called AIChat.

In its own words, the site allows users to interact with AI language models in real-time. In other words, you ask it a question, it “thinks” and then writes out its answer in front of you.

I use it for coding help when I am stuck on a programming problem, and also ask it questions I have about other things. While less thorough, it seems less biased that the human-edited Wikipedia. 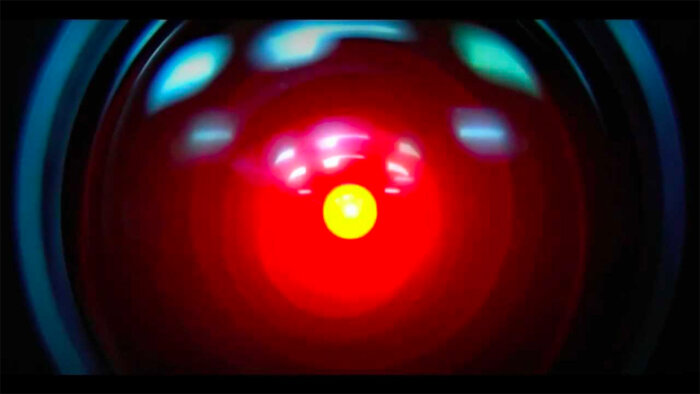 It does feel like it is thinking as it types out its answer.  It is not just regurgitating text from the web. In fact, testing some of its answers using a plagiarism site, it was completely clean. So, naturally, I had important questions for it. Why not ask it about jazz?

My first question was, “What is jazz improvisation?” It answered:

Jazz improvisation is the process of spontaneously creating music in the moment. In jazz, improvisation is an important part of the performance and is often a central element of the music. Jazz musicians improvise by using their knowledge of scales, chords, and harmonies, as well as their understanding of the structure and form of the piece they are performing, to spontaneously create melodies and solos on the spot.

Improvisation in jazz is often associated with soloing, or the practice of playing a melodic or rhythmic line over a chord progression or set of chords. Jazz soloists will often use their understanding of the harmonies of the piece they are playing to guide their improvisation and create a solo that fits seamlessly within the structure of the music.

Improvisation in jazz can also involve collective improvisation, where all members of the band contribute to the creation of the music in real-time. This can involve the use of call-and-response patterns, trading solos back and forth between band members, and other techniques for creating music spontaneously.

Overall, jazz improvisation is an important aspect of the genre and is a key element of what makes jazz music unique and exciting to listen to.

Okay, that’s a pretty good general definition. And again, this is not just some copy of Wikipedia.

Let’s ask it something a bit more technical. How about, “What scale should I play over f7 flat 9?”

It’s important to keep in mind that these are just a few options, and there are many other scales that you can use over the F7 flat 9 chord. Ultimately, the scale you choose will depend on the musical context and the style of music you are playing. Experimenting with different scales and finding the one that works best in a given musical situation is an important part of the process of developing your musical voice as a jazz musician.

Let’s not completely dismiss this because the Mixolydian mode has no  flat nine. After all, it did suggest altered scales.

What would an AI suggest that would make me a better improviser? It’s answer…

There are several things that you can do to become a better jazz improviser:

Improvisation is a lifelong journey, and there is always more to learn and explore. By practicing regularly, studying the music, and experimenting with different approaches, you can continue to improve your skills as a jazz improviser.

I like that. I wondered if it considered itself capable of improvising. I asked, “Can you improvise jazz?”

One more question. I wondered what it “thought” the difference was between man and machine. I asked, “Is an AI more capable than a human being?” This one took longer for the AI to answer. You can see the blinking curser before it starts to type its answer. Eventually, it came back with…

Artificial intelligence (AI) systems are capable of performing a wide range of tasks, and in some cases, they may be able to outperform humans in certain specific areas. However, it is important to keep in mind that AI systems are not capable of replicating all of the cognitive abilities and functions of human beings.

AI systems are designed to perform specific tasks and are typically trained on large datasets to perform those tasks effectively. They can be very good at performing certain types of tasks, such as recognizing patterns, analyzing data, and making decisions based on that analysis.

Overall, while AI systems are capable of performing a wide range of tasks, they are not necessarily more capable than humans in all areas.

I have always been fascinated by computers. My high school rolled out its first computer course in my senior year, and I signed up for it as soon as I heard. I remember the first program I wrote: I found out the birthday of a girl on whom I had a crush, and proceeded to write a program that graphed out her personal biorhythms. She was suitably impressed!

We’ve come a long way since those ancient days of giant mainframes miles away connected by 1,200 Baud modems, but every step of the way, computers have been an important tool for us humans.

Have a chat with this AI. It’s free, and you just might learn something cool like, “Where is a good place to hear jazz in (fill in the city).”