Answering a question about Stranger in a Strange Land

September 2, 2022Improvisation
After returning from vacation, I wrote an article showing the relationship to the treatment of language in Robert Heinlein’s masterpiece, “Stranger in a Strange Land.” It seemed to have made an impression on readers and attracted a lot of comments.

One comment mentioned a couple aspects of the book and asked a question:

The first is the use of the work “grok” which is a powerful way of relating to people. The other was how beloved Michael Smith was to all those he came into contact with. I wondered what your thoughts were on both of those and how it might have lessons for better jazz playing.

In case you haven’t read the book, the word “Grok” is a powerful and broad term from the Martian language meaning a type of connection. The word was introduced to humans on Earth by the human (Michael Smith) who was raised on Mars by Martians. I’m reminded of the natives in the movie Avatar who would say, “I see you” to mean, “I understand you”. But just like those natives, the term went well beyond a simple understanding. 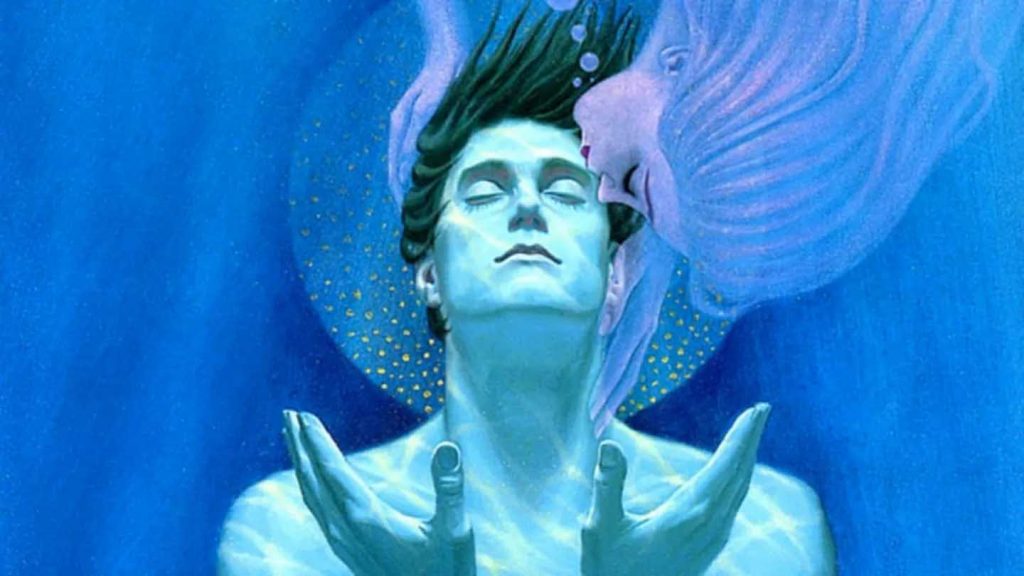 The word has actually made its way into an entry in the Merrian Webster dictionary which defines the word as, “to understand profoundly and intuitively.” They give credit to Heinlein, claiming it to be the only Martian word in the dictionary!

Heilein defines it within the book as: Grok means to understand so thoroughly that the observer becomes a part of the observed — to merge, blend, intermarry, lose identity in group experience. It means almost everything that we mean by religion, philosophy, science — and it means as little to us (because of our Earthling assumptions) as color means to a blind man.

Back to the question. I think that that level of profound intuitiveness, or groking, describes precisely the connection that exists between jazz musicians who play at the highest level.

Now, keep in mind that to achieve the state of water brother in Heinlein’s book, one must go through nine levels of learning. The powers, therefore, offered through fluency in the Martian language (including full comprehension of groking), require hard work.

The parallel to jazz is that your relationship with your fellow players is not sufficient. You must also put in the hard work to develop fluency on your instrument; to connect your instrument to your musical imagination. Even Michael and Randy Brecker could not have played together as one had each of them not put in the thousands of hours mastering their respective instruments.

In my free course, Pocket Jazz, I include a lesson in jazz group interaction. Within that lesson is a recording of a conversation I had with Richie Beirach where he describes in great detail how he, George Mraz, and Al Foster came together as a trio to improvise an arrangement of “Nardis” from Richie’s Elegy for Bill Evans album.

Richie, George, and Al were groking, hearing where the tune was going, as if they were finishing each other’s sentences and being of the same mind as they made their way through that remarkable take. Richie considers it one of his great musical achievements.

How does one achieve this level of communication? Well, listen to the lesson and hear Richie speak, but I’ll boil it down to one thing: listening to everything going on around you. That may seem simplistic, but most of us are too preoccupied with our own playing. “How do I sound?”, “What are people thinking of what I’m playing?”, “Should I take another chorus?”, “I always suck on the bridge.”, “Will they hire me again?”, and on and on. Sound familiar? You cannot possible be deeply aware of the players and sounds around you while you are obsessing over your own playing and projecting your own inadequacies.” 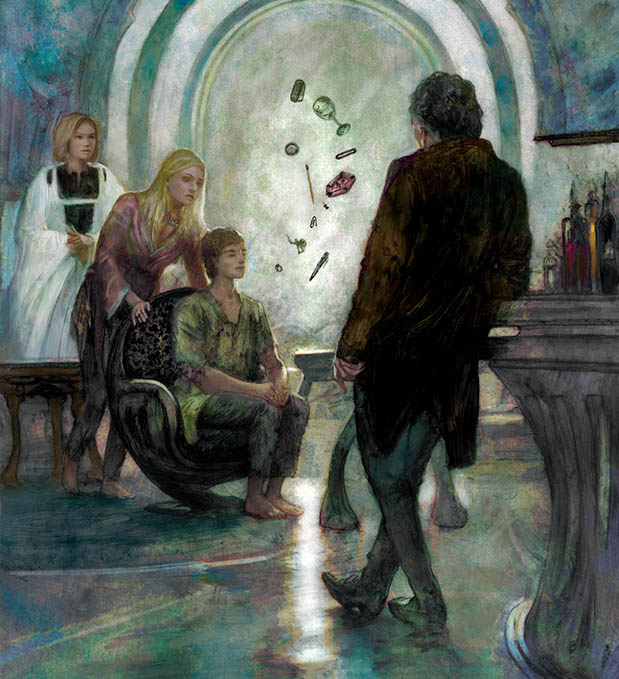 On your next solo try this: choose one musician in the band on which to focus, maybe the piano player or the guitar player, and then play within what they are laying out. When you start to hear yourself focusing on YOU, rediscover that player and continue focusing on him or her, to the point where it doesn’t matter how you are playing. My guess is that your playing will take care of itself. Once you start groking them, you might be surprised by what comes out of your instrument.

That all leads into the second part of the question, which is about the deep and profound relationship the Martian Michael Smith had with each of the humans with whom he chose to become close. They all shared in a simple ceremony of drinking water with each other out of the same vessel. From this, they became “water brothers.”

Now, in this unfortunate age of COVID, I don’t recommend that practice, but I do recommend a few other things that I think can bring you closer to your bandmates.

The humans who had lived on earth their entire lives with whom Smith became water brothers, discovered a transformation within themselves. Yes, their relationship with others had changed, for example, a married couple that prior to Smith’s arrival, had been little more than roommates putting up with each other. Now, they rediscovered a love between them even greater than ever.

Their relationship between themselves and others had been cleaned of the petty jealousies, insecurities, and feelings of inadequacies that pollute relationships. They discovered a transformational comfort within their own skin that inevitably lead to inspired relationships with others.

Those destructive feelings were replaced by love.

How does this relate to playing jazz well?

Check yourself. Do you carry any lingering feelings of jealousy toward your bandmates? Any deeply buried ill-will? Toward yourself, do you feel insecurities or feelings of inadequacies that prevent an honest and open relationship with them. Do you truly wish them well as you play with them? Any feelings of competition?

We all become skilled at burying these feelings toward ourself and others, hiding them in order to prevent any type of shame of guilt.

Once Smith’s water brothers drank from the ceremonial glass, and once they learned the complex martian language, those human insecurities evaporated. To read about the power of language, read the previous post.

Improvising at the highest level with others demands of you a certain responsibility. There’s a reason that the great duo of Richie Beirach and Dave Liebman play at a rarely heard level of telepathy. Is it a coincidence that they are life-long best friends? I think you could say that they grok each other!