On time, practicing, and listening

A few weeks ago, I wrote a couple of posts about time and rhythm. I suggested that rhythm is a fundamental yet under-appreciated element of good jazz playing and it is one of the obvious weaknesses of less experienced jazz players.

I asked readers to send me a sample of their playing so that I could hear their sense of time. I can help jazz musicians improve this critical skill.

A received a bunch of submissions and I’m making my way through all of them. If you submitted something and haven’t yet heard from me, hang in there. I tend to be pretty thorough in my responses, as one of you just saw a couple of days ago from my 1,200-word assessment and practicing recommendation.

I want to better hear the playing of my readers, subscribers, and the people who pay good money for my work. How else can I give practical advice in my books and courses, and interview jazz masters asking them the questions that pertain to you? And while I do teach privately and in person, being able to communicate with players of all instruments from all over the world gives me an invaluable perspective.

Let me share some thoughts from what I’m hearing in the submissions. When it comes to the topic of time and rhythm, there are some very common threads, so perhaps take a quick listen to a recording of yourself before reading on. “Oh, I don’t need to. I already know how I play.” Do you?

Whether teaching in person or talking to somebody on the other side of the planet, I use a certain methodology. When I listen to someone play, my first impulse is not to start with, “This is what I hear and this is what you should do.”

Instead, I ask what THEY hear. In fact, for much of the lesson, I ask that question after almost everything they play. “What did you hear?”

My primary role as a teacher is to open up the student’s ears, not to prescribe what they should play over a ii-V-I. They can find that anywhere and everywhere.

If you’ve attended or listened to my masterclass called The Magic of Deep Listening  (I just posted it on YouTube), you know my advocacy for listening. It is the primary virtue for a musician. For a jazz musician, listening is like oxygen to a diver or fuel for a vehicle. 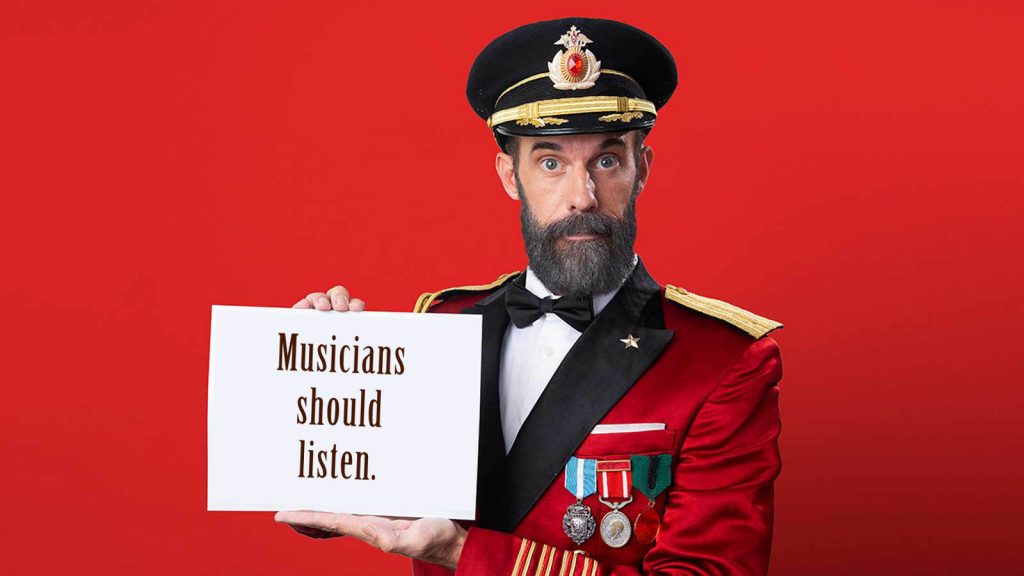 I don’t think there is enough attention paid in music education to listening. Instead, there seems to be a greater and greater focus on eyes and the calculating brain. We are so intent on finding the ‘right’ notes, and not missing the bridge that we’ve lost perspective on the musical intent-the emotional story we are telling from our life experience.

I’ve always been fascinated by what students hear (or don’t hear) in their playing. Often, they reply with superficial surface observations rather than a clear and accurate description of their own sound.

I want to tell them, “Listen better or deeper.” but that’s not much help, so let me suggest a few things.

I gave a lesson this week to a great guy who wants to play trombone better as he enters later life. He began our hour by playing me a few things in his home’s practice space.

I asked, “What did you hear?” His answer was as I described above. He was surprised by the question and then offered a couple of surface observations. I then asked if we could play outside for a while. My intent was to change his listening perspective.

We went outside to his front deck and proceeded to work on breathing and on tone and projection-all necessary for a trombone player as a prerequisite to improvising. After becoming less self-conscious his playing started filling the outside void. After doing this for several minutes something changed in his playing. Dramtically.

His sound became much fuller, his articulation much more precise, and his intonation much more steady and consistent-all things he needed to improve.

How did that happen? Two things: 1. we radically changed his playing environment so that he heard himself from a completely different perspective, and 2. he became much more focused on how he sounded. I was constantly asking, “What do you hear?”  which was the question he was not asking himself nearly enough during his normal practice routine.

Go outside and play or talk your way into a warehouse, church, or empty concert hall. Find a place where you will hear yourself in a completely new environment that provides a fresh perspective allowing you to hear differently and hopefully better. I’m reminded of years ago biking frequently, with my trombone strapped to my back, to the Boston “Hatch Shell” stage to practice late at night. 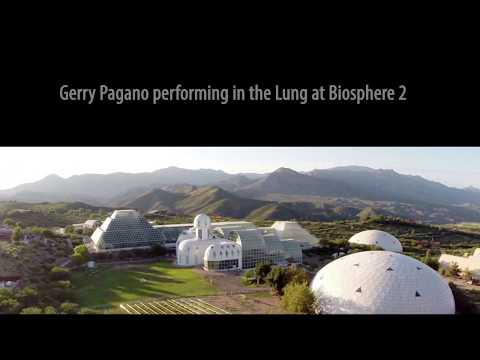 Listen to the 1-minute video above. There’s nothing like 25 seconds of reverb to give you a fresh perspective on your intonation and sound! Gerry Pagano and I had a blast recording within that strange environment, but you don’t need to travel to a NASA climate lab to expose yourself to a new paradigm in your playing.

However you do it, find a way to change it up!

So one way to elevate how you hear yourself is to play someplace new and acoustically rich. The second way comes from recording (anywhere) and listening back to the recording.

These days, most of us already have a recording studio in our computers. If you are a Mac, open up Garage Band and record. Drag a rhythm track from Aebersold, Band in a Box, iReal Pro, etc. into one stereo track within your Garage Band project and then record yourself on another track with an inexpensive USB mic like this one.

You’re not listening for pristine recording quality, but rather to the consistency of your time, rhythmic sense, swing. You’re also listening to intonation, tone, articulation, and musical flow but let’s stick to the subject of time. The following are a few time/rhythm-related questions for you. The questions are motivated by what I hear in the playing from many musicians, including the latest submissions.

You are welcome to send me samples of your playing, but when you do, tell me what YOU hear. Answer the above five questions.

So, ways to hear yourself better include: change up your playing environment, record yourself, and I’ll leave you with a third way to more deeply listen. Find a time that you can practice without having to prepare a piece of music for a lesson or performance. In that entire practice session, do not look at any written music. Play your entire hour (or whatever) strictly by ear.

Richie Beirach and i just