Dave Liebman and I are finishing a book called The Art of Skill. The book contains Dave's advice on becoming a better jazz player, biographical reflections, and thoughts on how one goes about finding their own unique musical voice.

The book consists of edited conversations between Dave and me, updated articles and talks by Dave, and a four-page suggested listening list.

At one point, I asked Dave what made Miles such an effective leader. Here is the excerpt in which Dave talked about how Miles got the most of his players. 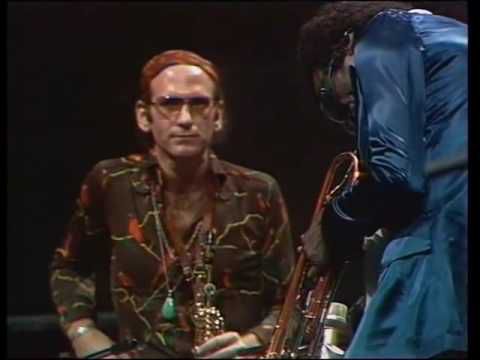 Miles’ strength was his ability get somebody to do what he, Miles, wanted without saying anything. That’s how he built those great bands.

That ability made him a great and well-organized band leader. Think about the 30 or 40 guys that played with Miles. To a man, almost none of us ever played like that again once we left his band. He got something from us that was molded into exactly what he wanted. Think about Herbie, Chick, Wayne, Keith, Trane and more. He

heard something in you that he thought could be a spoke in his wheel. Make no mistake, it was always about his wheel!

Miles had such an effect on you that you might not even know why you played what you played. He had that way of translating what he wanted just by looking at you a certain way.

Of course, we all knew he was a legend so we of course looked at him a certain way, always hungry for direction. Communication works both ways.

Notwithstanding any comments about his trumpet abilities, the truth is he was a hell of a player. He played like nobody else. Even if he wasn’t such a good trumpet player he still would have been legendary  for what he contributed to the music.