Another story from the new book by Richie Beirach and me

Richie and I have been writing a book on jazz education called Teaching and Learning Jazz: From tradition to technology – A frank appraisal of jazz education.

Part one of the book is a collection of stories by Richie of musical life lessons he learned from his masters Chet Baker, Stan Getz, George Coleman, and others. 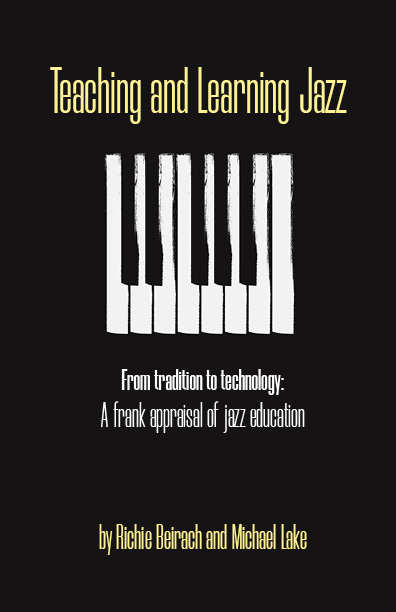 When Richie first started playing with Stan Getz, both Jack DeJohnette and Dave Holland had already been with the band for a while. They were more established in their careers at the time, both having played with Miles and Chick.

For the first few gigs with Stan, Jack, and Dave, Richie was having trouble following Jack’s time. The is the story about what Jack and Dave told Richie one night after a gig.

That same week playing with Stan, Jack, and Dave Holland in the Toronto Show Bar, I learned something else I would remember forever. They were each more rhythmically advanced and experienced than I was at the time.

I was trying to follow Jack. Keep in mind that Jack’s playing could be brilliantly complicated with an illusive quality. He rarely played the one of the next eight-bar phrase in the traditional place. Sometimes it felt like two different bands because when Jack was accompanying Stan, Jack played in a more conservative manner. He was still swinging and strong but cool.

But with my piano solos, because I played in a more modern style similar to what he was used to with Chick, he would open up and become the full Jack DeJohnette. And in those moments I had trouble following Jack’s phrasing because of his innovative rhythmic playing across the bar.

I was trying to shadow Jack. I was trying to ghost him, aiming to hit beat one along with him. It was the wrong approach because it made me sound tentative. The rest of the band heard it, but they were really kind to me and didn’t admonished me about it.

But that first night of the gig, Jack and Dave came to my room after the performance. I heard a knock on the door, and when I opened it, there they were asking if they could come in.

So I’m thinking the worst. They got another piano player because I’m not good enough to play with them.

Now Dave, being British, gave his own translation on what Jack said. He looked at me and said,  “What Jack means is that you’re trying to follow where Jack puts the one. Don’t do it. Let him orchestrate it with his creative phrasing and accents. He’s not always going to hit beat one but it doesn’t matter. You have a good sense of time and form. Trust yourself. Don’t try to follow his shit. You will never catch him, and it will sound stupid when you try.”

So they both smiled, assuring me that the music had a great vibe. I felt very relieved and lucky to be playing with these two who felt like my older brothers.

The next night, the club was packed. We started with Invitation and Stan’s solo sounded wonderful. Next was my piano solo, and I was roaring. I was feeling good, Jack was burning, and then I heard him doing something insane against the beat I was playing. I said to myself, just relax and do what they told me last night. I have a good dense of form. Here’s the beat. Just put it where you hear it.

I did exactly that, closed my eyes, and came out right where I should have. Jack and Dave both looked at me, smiling and nodding. That was an important lesson which came from the master-apprentice relationship with two great colleagues.

Leave your email for early bird announcements and a discount.